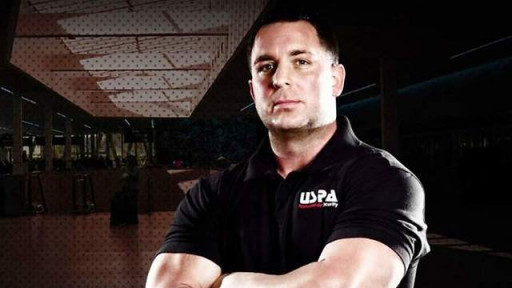 USPA Nationwide Security has expanded its Witness Protection Program to address the challenges revealed in this year's program review. Traditionally, USPA provided witness protection and relocation under its nonprofit wing, Kingsman, but this year they've made exceptions to include men who are in dire need of the service. For 17 years, the program was solely funded by USPA to protect and relocate women who were escaping a bad situation. Similar to the U.S. Marshal Witness Security Program, USPA's witness protection program (WITSEC) provides secure transportation and protection for witnesses to and from court appearances, protects immediate family members and assists with relocation and legal identity change.

"Unlike the Marshals Service, USPA's Witness Protection Program has international boundaries that we set. We only work within the USA, in most Caribbean countries and parts of the UK, Canada, Australia, France and Italy," said Brian Fitzgibbons, the program's administrator and VP of Operations. According to their website, Fitzgibbons is a Marine Corps veteran (Iraq). Recently, he has worked to evacuate US allies from Afghanistan with Project Exodus Relief and was instrumental in Kingsman Philanthropic's (USPA's nonprofit wing) 2022 rescue missions of women and children in Ukraine.

In a speaking tour last year, USPA presented harrowing stories of rescues performed as well as witness protection and relocations completed in the USA. Featured was the story of an attorney forced to disappear in the darkness of night along with her children. "Within hours of contacting USPA, our team of military veterans had route plans, flights, secure transportation, static security, unlocked phones and documents for this family who were escaping a killer who had been hunting them," explained Dan Manning, the firm's CEO. The family was relocated to another part of the world with new identities. Before contacting USPA, they had been on the run for months before being tracked by the killer because of a mistake made by the victim - she took her car to get an oil change. The killer put a Carfax alert on her car, which alerted him to her approximate whereabouts, thousands of miles from where he last knew her to be.

The decision to expand the witness protection program to include men was made recently when an internal audit of service requests yielded that there are many individuals who contacted USPA for protection, after seeking such protection from the U.S. Marshals, but they did not qualify. The government program only protects witnesses and family members who are testifying for the government against dangerous defendants. USPA has no specific requirements. However, they perform their own due diligence and background investigations to determine if they will take the case on.